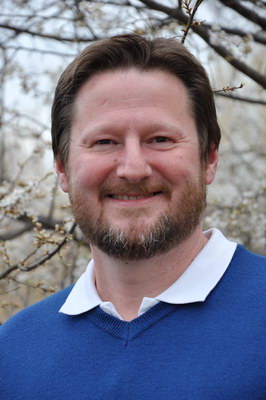 How did I come to write such a book? This is a story of sixteen years, which I am now trying to summarize shortly. I studied languages, economics, customs, foreign trade, logistics, IT and web programming previously. With medicine science, with the topic of health, I didn’t deal at all previously, organizing complete trains, special transports, managing far east transports, conducting of loading aircrafts, being a boss so young, was interesting enough for me. I liked this profession very much, but with the big responsibility came also big conflicts. In 2004, I got a colon cancer diagnosis, with the prognosis, that I will produce metastases of liver and lung in a few months, and „in the lucky case”, I will live a few years yet. I was not even thirty years old. When somebody gets such a diagnosis, one thinks about that, what is senseful and valuable in the life and what is just taking time. I made a beautiful career relatively young, and did not even know that, what was happening in my body. It was no joke for me, because at that time people did not survive the fifth dose of chemotherapy, and I saw how they looked after the second, third, fourth. I decided, that if I must die, I would rather choose the natural death. But until then, I find out something, what I can do for myself, in order to make the remaining part of my life a little longer and more beautiful. I searched for answers in the cancer topic, I attended many lectures, seminars. Ghislaine Lanctot recommended to me that I look up the New Medicine. That’s how I met with the new medicine. I looked it up and I was amazed, because what Dr. Hamer wrote about colon cancer, it was one-to-one my story with the long, oppressive dirtiness conflict. My first impression was, well, he already knows something, because until then I hadn’t

found anything or anybody, who would have said anything, that was really controllable. As an IT-specialist, what did I do? Controlling of the data. At that time, I already knew many „cancer fate-members”, I knew their cancers. I picked out their symptoms and conflicts in Hamer’s materials and asked them, whether it was true/correct. To be honest, I was shocked, because all the psychological-medical data was correct, which Dr. Hamer wrote down. This convinced me that Dr. Hamer’s discovery is not a coincidence or accidental match. At the beginning I was not sure at all, that I will survive it. Of course, I wanted to get more and more confirmation, proof every day. My life was the bet in the game, I had time and a good motivation to delve into Dr. Hamer’s scientific discoveries. The more I knew, the more sure I was, that I want to deal with it, because thereby I want to help also the other people. During the time of the after-phase everything (the inflammation, the pains, the bleeding, and their length in time) happened as Dr. Hamer wrote it down. I can say, it was painfully convincing. I could not work, I ran out of my savings and my parents helped me financially. I realized only later, in the liver tumor degradation phase, that this financial crisis, the fear/stress belonging to it was a new biological conflict for me in this weak state and I started a liver tumor (during my severe colon inflammation). The intestine inflammation and the pains were gone already since two months, since one month I was working again, when the liver pressure pains appeared. The examinations showed, that I have a four centimeter large and three smaller edematous focuses in the liver. Thus, the professor was right, I produced liver tumor, but not in that way as he thought (with cancer-cell migration), but I suffered the corresponding conflict (and the length of the after-phase was calculable again). After I recovered from my diseases (during eight months) without any permanent damage, I took it into my head, to popularize the New Medicine in Hungary and to make this knowledge a public good, because at that time there was no information, there was no useful translation in this topic. This knowledge is true, useful, senseful, in addition very interesting. If we want to live healthy, it is indispensable.

I fell in love with this nature scientific topic and I have done much for its spreading. During the time of my sick leave I broadened my language knowledge, I learned also the German-Hungarian medical language, in order to be able to translate Dr. Hamer’s works into Hungarian. I could not contact Dr. Hamer at that time, and in 2005 I translated the book Giorgio Mambretti & Jean Séraphin: Medicine upside down… into Hungarian. I decided to stop my former logistic activities and to leave the railway (with  heartaches, because I liked my colleagues, my activities and the railway was a tradition in my family). From 2007 I have dealt only with spreading, popularizing and teaching this biological knowledge. Although I had no medical pre-education, I started with the autodidactic studies and shortly afterwards I started to give public lectures about this human life quality improving scientific knowledge. I am not a medical doctor, no diagnost, no therapist, however, I could help hundreds of people to recover from the diseases independently, which were previously thought to be incurable. I collected the case histories for years, in this book you find the essence/summary of this collection/research.

From 2006 to 2014 I gave more than three hundred basic knowledge lectures for friends, groups, inclusive the seminars and events. In 2008 I founded the GNM Educational Center in Budapest. Between 2008 and 2020 I produced more than 400 New Medicine, Biologika teaching videos and numerous long live broadcasts. Only with me, there are more than 150 published videos (roberto.biologika.tv). In 2011 I founded the www.biologika.tv online TV channel, where these videos are available day and night and free of charge. Many of them are already translated into other languages. After a larger activity-expansion and reorganization in December 2010, this private educational center got the name Biologika Open University. I have managed and let function this institute for ten years, I and my colleagues have organized and held hundreds of lectures, seminars, thousands of people have participated on these events.  We can say, that this knowledge is relatively known in Hungary. I thank all the colleagues, all the staff, all the professionals, with whom I could work together.

Since 2006 I have taught the biological nature laws and correlations for naturopaths, medical doctors and for experts of different professions. People understood the biological correlations very fast, only they did not have a reference book for the practical application of the new knowledge – to search back information quickly, to analyze cases, to delve into the topic, to expand their knowledge. Apart from the translated „Mambretti book”, there was no other translation in Hungarian language at that time, there was no Scientific Chart or any other topic-specific, high-quality material useful for learning and teaching purposes. Dr. Hamer has (rightfully) reserved the copyright and publishing rights of his own books. He has written several books, but his books are not specifically designed for learning and educational purposes. He has no publication similar to this book, so the Organ Atlas and the Scientific Chart do not replace each other. Although Dr. Hamer discovered these biological nature laws, the knowledge of a nature science cannot be owned or expropriated by one person exclusively (everyone has the right to write a book about it) – thus I created my own New Medicine, BIOLOGIKA® publication. This was the background and the reason for the creation of the Organ (oriented disease) Atlas at that time, to build a bridge, to satisfy this need, this thirst for knowledge of the people.

In 2019 I got the Excellent Professional of the Year 2018 Award in Hungary for my activities as a trainer, consultant and life management coach.

In 2020 I resigned from the management of Biologika Open University, because with time, this was already too much for me. I cannot be always on stage/on the screen. I can no longer sacrifice every weekend and travel abroad yearly several times for weeks and hold seminars. I am no longer available for personal consultations, maybe only for the family and for the personal acquaintances, who are close to me. I made more than three thousand consultations, I know how much attention, time and energy it needs, and I cannot continue to do it and I cannot be available with individual clarifications further on. However, I do not leave anybody without answers, because in 2020 and 2021I have made this version of the Atlas and I have written all the important things into it, which I have told during the seminars, consultations and live broadcasts. Since the end of 2020, I lead a withdrawn life, I plan to hold only three webinars a year, one in Hungarian, one in German and one in English language (webinar.roberto.hu). This is not a promise, that it will always be that way, it can be more or less, we will see what the life brings. Thank you for your understanding.

But until then, you don’t have to wait – neither for me nor for others – I highly recommend the book to you,
and even more I recommend you to get to know, check and learn the biological correlations as soon as possible.